Staying Ahead of the Curve Reduces EPA Issues 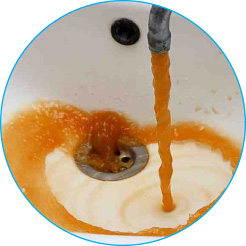 In late June, CNN released a water industry report stating that eighteen million Americans live in communities where water systems are in regulatory violation. This is hitting cities hard nationwide. Experts estimate that 5,300 U.S. water systems are currently in violation of lead and copper rules.

In the case of Flint, Michigan, lead pipes began leaching toxins into the water, and the state failed to treat the water properly. This led to rapid increases in the water’s lead levels – the same water citizens continued to drink. The EPA threshold for lead in drinking water is 15 parts per billion (ppb), while Flint’s levels reached 10,000 ppb in some households. Data from the EPA indicates this is certainly not an isolated case with other systems testing at extremely high levels as well.

Representative of a Bigger Challenge

The scope of the problem is magnified by the challenge of the EPA to keep up with the looming number of cases demanding oversight and enforcement. Violations stem from several issues, including aging infrastructures and failure to maintain proper water testing and treatment programs. In a growing number of cases, particularly in rural communities, it’s becoming harder to keep up with the complexity of technology, regulation and qualified, certified staff.

We don’t have to tell you that water is a finite resource, and one that communities depend on to ensure a thriving future. That’s why our technicians are certified and come with an innate dedication to identify solutions to problems – even potential problems – before things get out of hand. If you’ve got an issue where you need a solution – even a high-level consultation on what to do, contact us. We’re here for you.